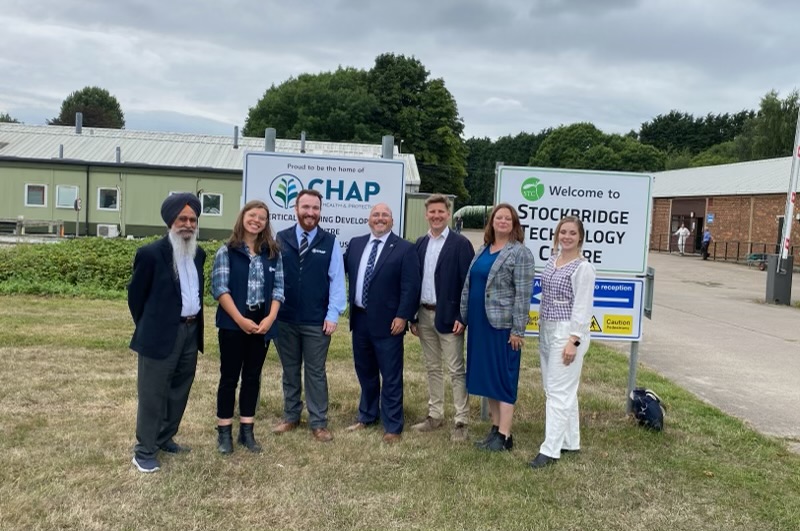 Lisa Hurley, York County Development Corporation’s Executive Director, traveled to the United Kingdom for a cultural and information exchange on August 17 - 23rd at the invitation of Nebraska Sorghum and PBS International from York, England.

“Nebraska Sorghum is expecting productive meetings in the United Kingdom that will bring value to our producers and communities across the state for years to come,” said Nate Blum, Executive Director of Nebraska Sorghum. “Bringing York County Development Corporation with us ensures that we are maximizing opportunities for future trade and development.”

Genevieve Tonigges, a York County native, Nebraska Fellow interning for the City of York, and a new Nebraska Sorghum employee also joined the trip as part of her degree program. 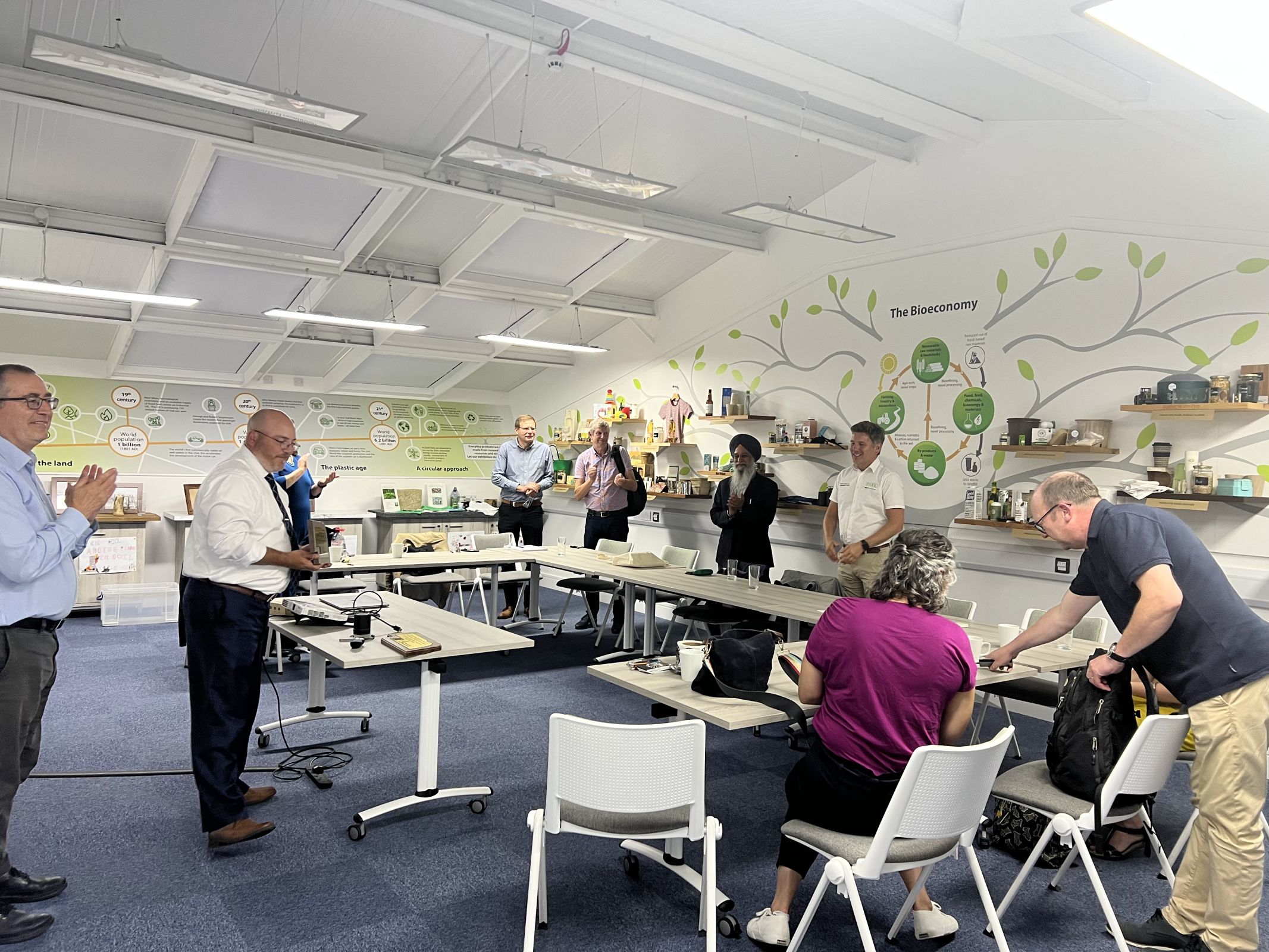 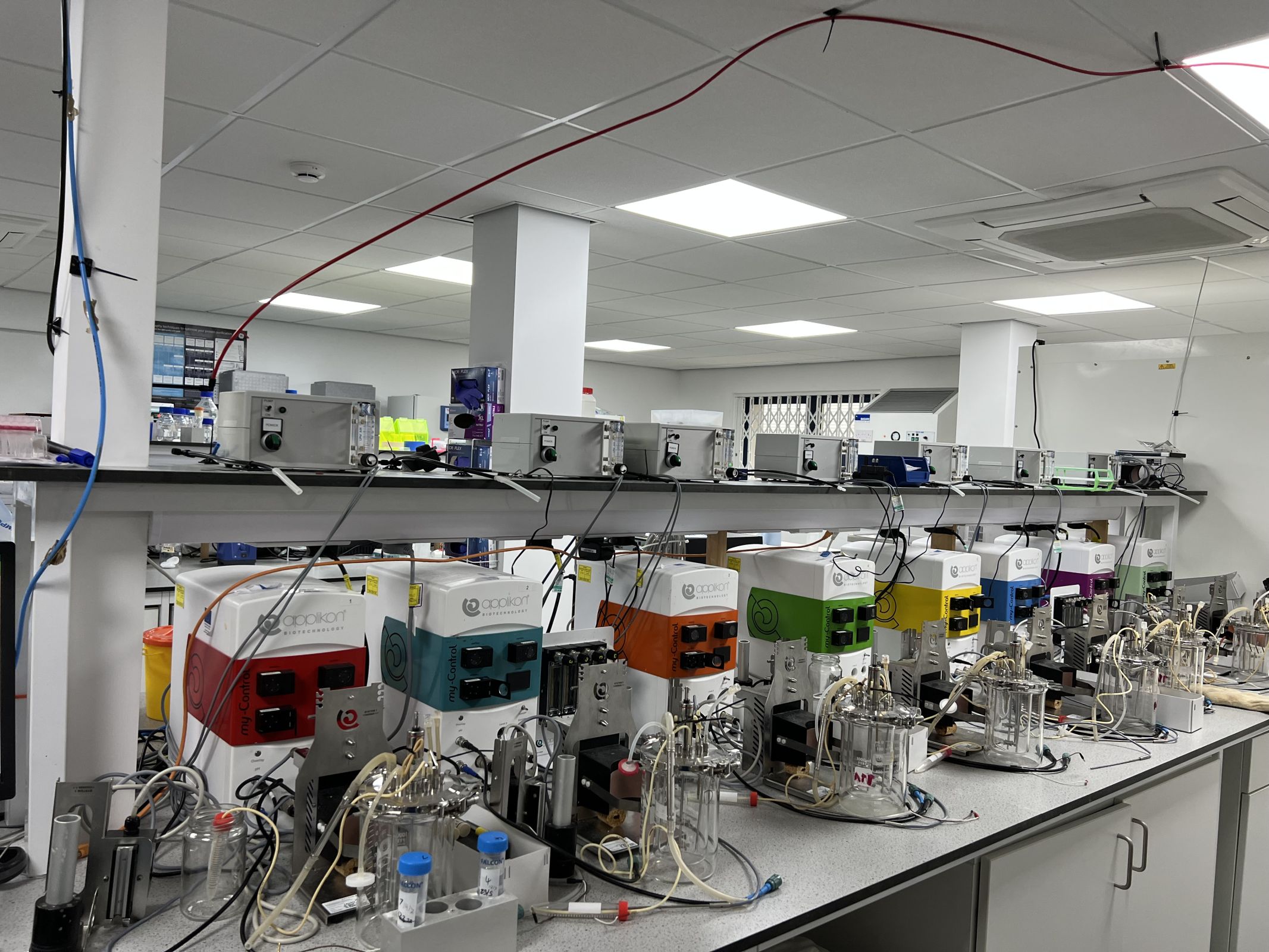 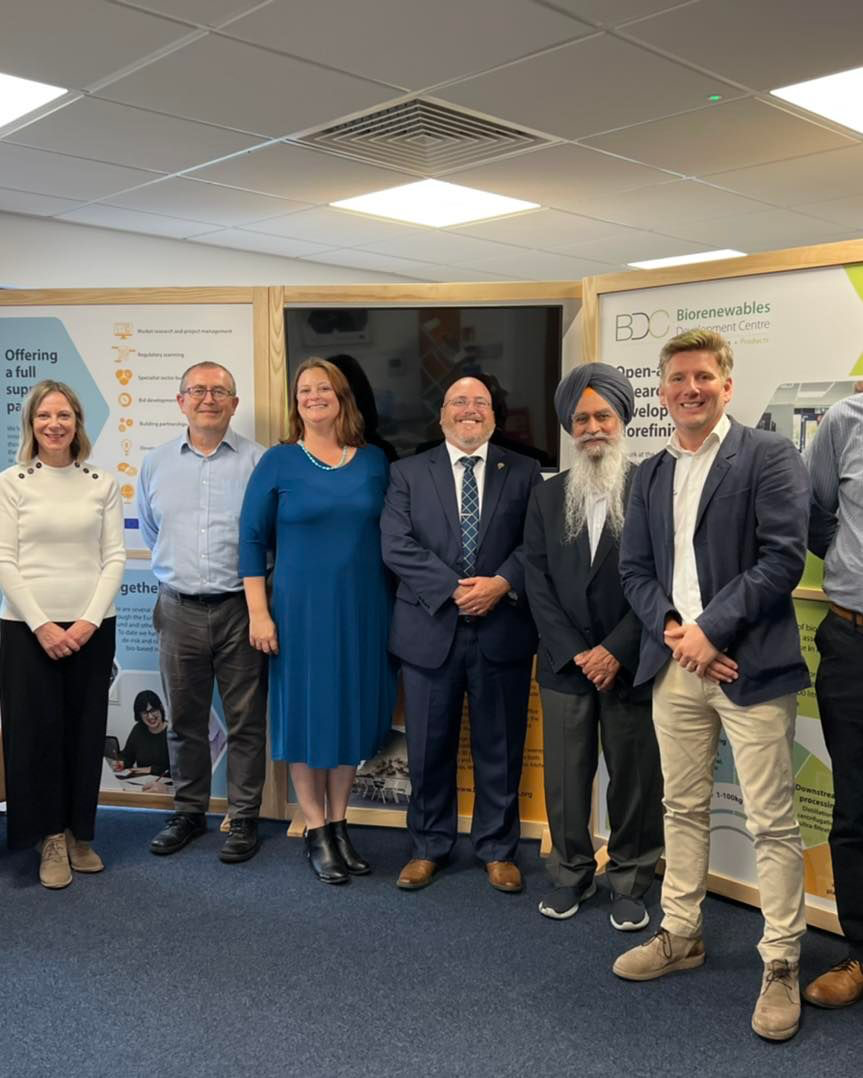 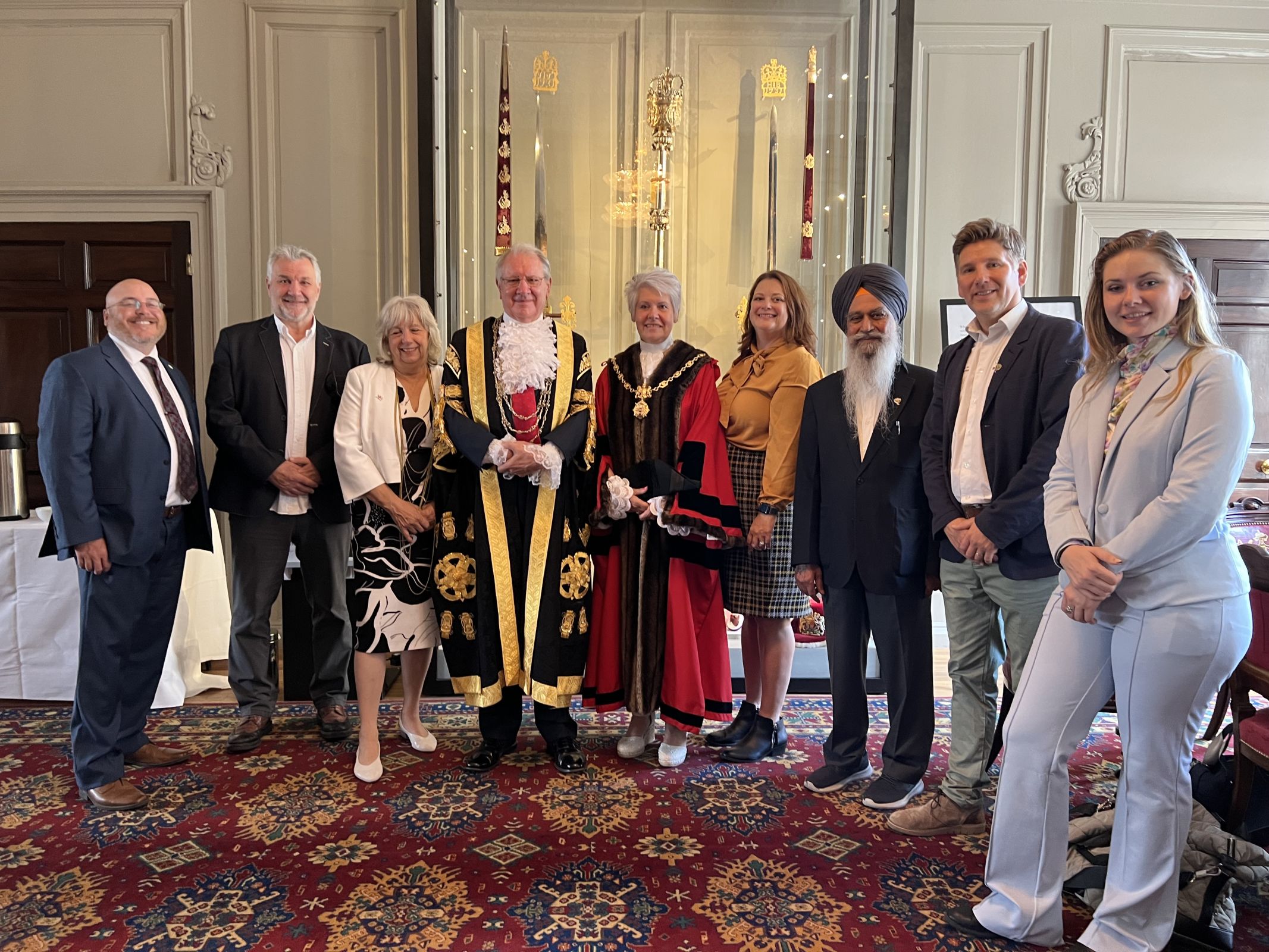 While in the United Kingdom, the group met with the business department of the University of Cambridge to discuss potential partnerships and Internships.

The group also toured the Crop Health and Protection Stockbridge Technology Centre to learn about a vertical farming initiative and how CHAP supports UK farmers (similar to the USDA in the USA).

At The University of York, the group toured the Biorenewables Development Centre, met with the research staff, and agri-businesses who want to expand to the USA market, specifically Nebraska, and had an initial meeting with the City of York. “York University’s Biorenewables Development Centre is doing incredible work furthering research and development in the biorenewables space. There is significant opportunity for collaboration in the future,” said Blum. “The research being worked on at BDC directly relates to many of the agri-businesses and crops that are grown in York County,” said Hurley.

The next day, Steven Noblett Department of International Trade and Rob Coy of PBS International (their trip host) provided additional tours, including visiting Spark, an incubator space for restaurants, and Let Us Grow, a vertical farming center located at Spark providing some of the vegetables used by those restaurants. “The Spark place was a neat area to tour, as the City used the land, and used containers to set up an area which gives start-up restaurants up to 18 months to become established, create name recognition, and find a permanent space at a reduced rent”, Hurley said. 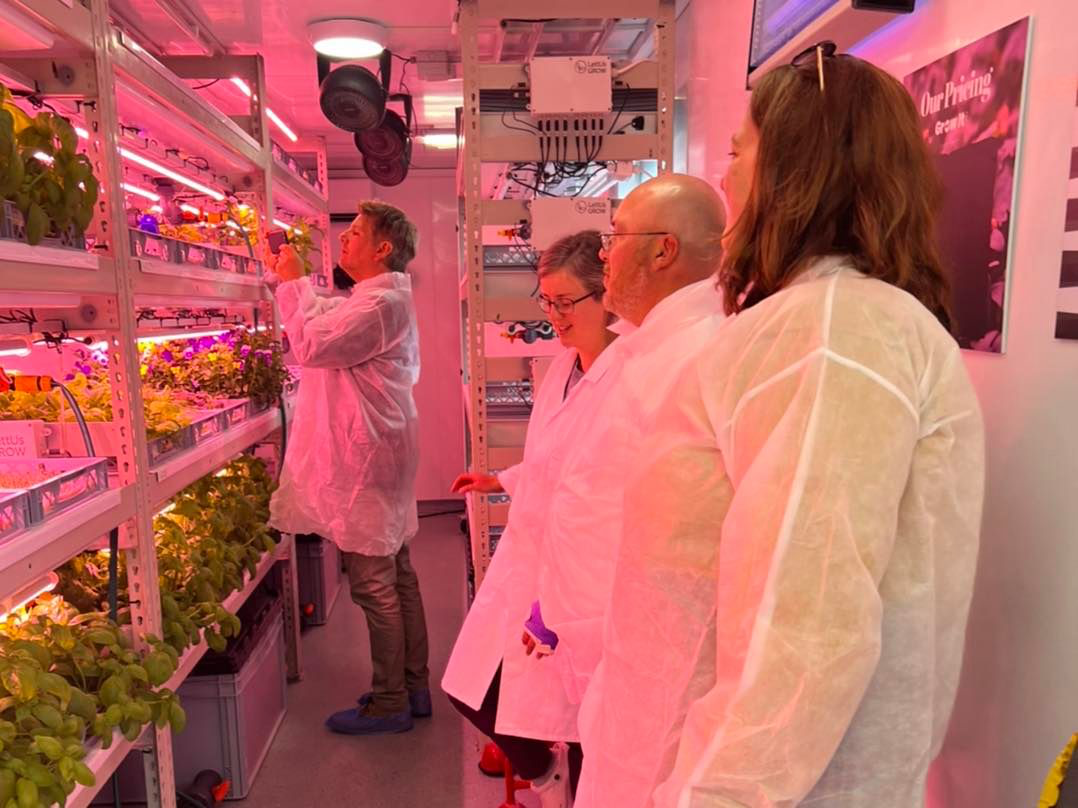 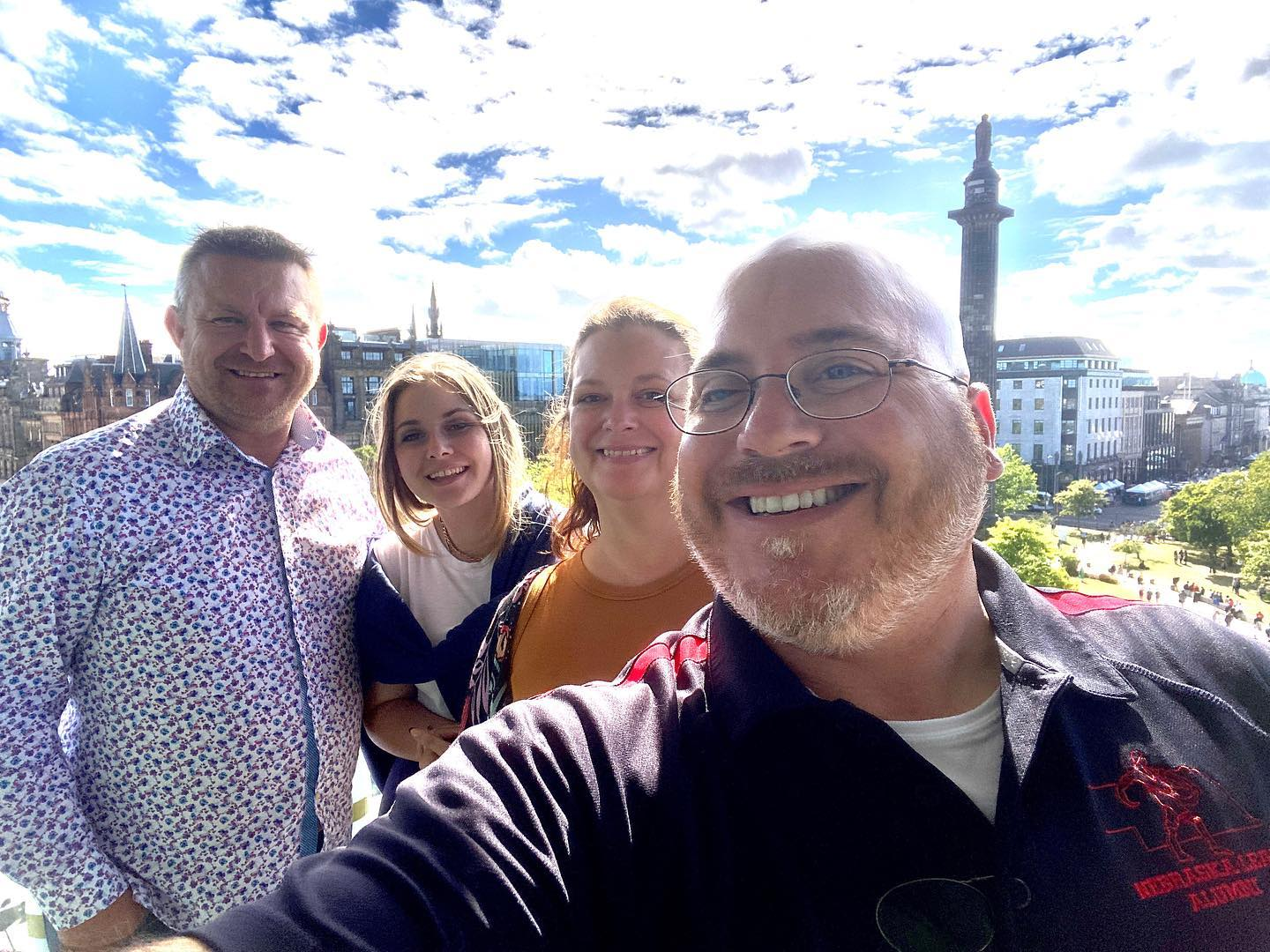 Hurley, Blum and Tonigges also met with representatives of the City of York and spoke with the Lord Mayor of York about the potential of becoming sister cities. “On both sides of the pond, the people of York have a great love of community, agriculture and using technology to preserve our heritage well into the future. Our aligned cultural values and goals make for an ideal sister city relationship and one we hope will flourish in the near future,” said Hurley. “While a true sister city partnership could take some time, this is the first step in establishing the collaborations and partnerships which could lead to a formalized sister city program. The next step is bringing businesses, schools and other entities together to identify potential collaborations and partnerships” 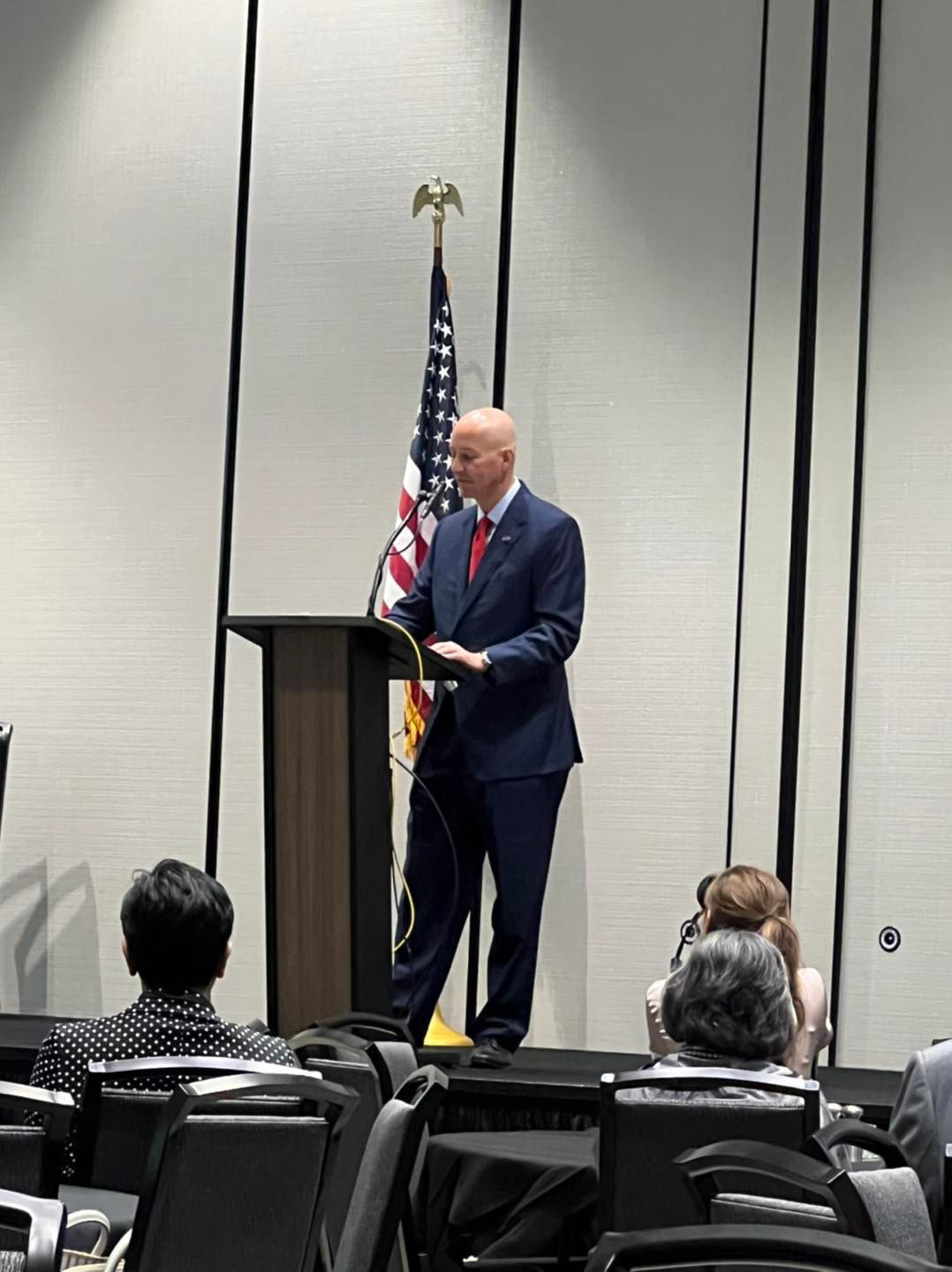 “The development of a Sister City initiative between York, Nebraska and York, England is an example of additional value that our organization brings through the “Sorghum Cares” programs. We believe that relationships form the foundations upon which collaboration and mutual success are built. We are proud to be a facilitating partner with the York County Economic Development Corporation in this endeavor,” said Blum.

Blum sees the value of a sister city relationship extending beyond opportunities for trade. “I never truly knew my place in the world until I saw the world. It is my hope that these collaborations expedite opportunities for young people in York County to understand that they have an important role to play as global leaders and that that role can be played effectively from right here at home,” he said. 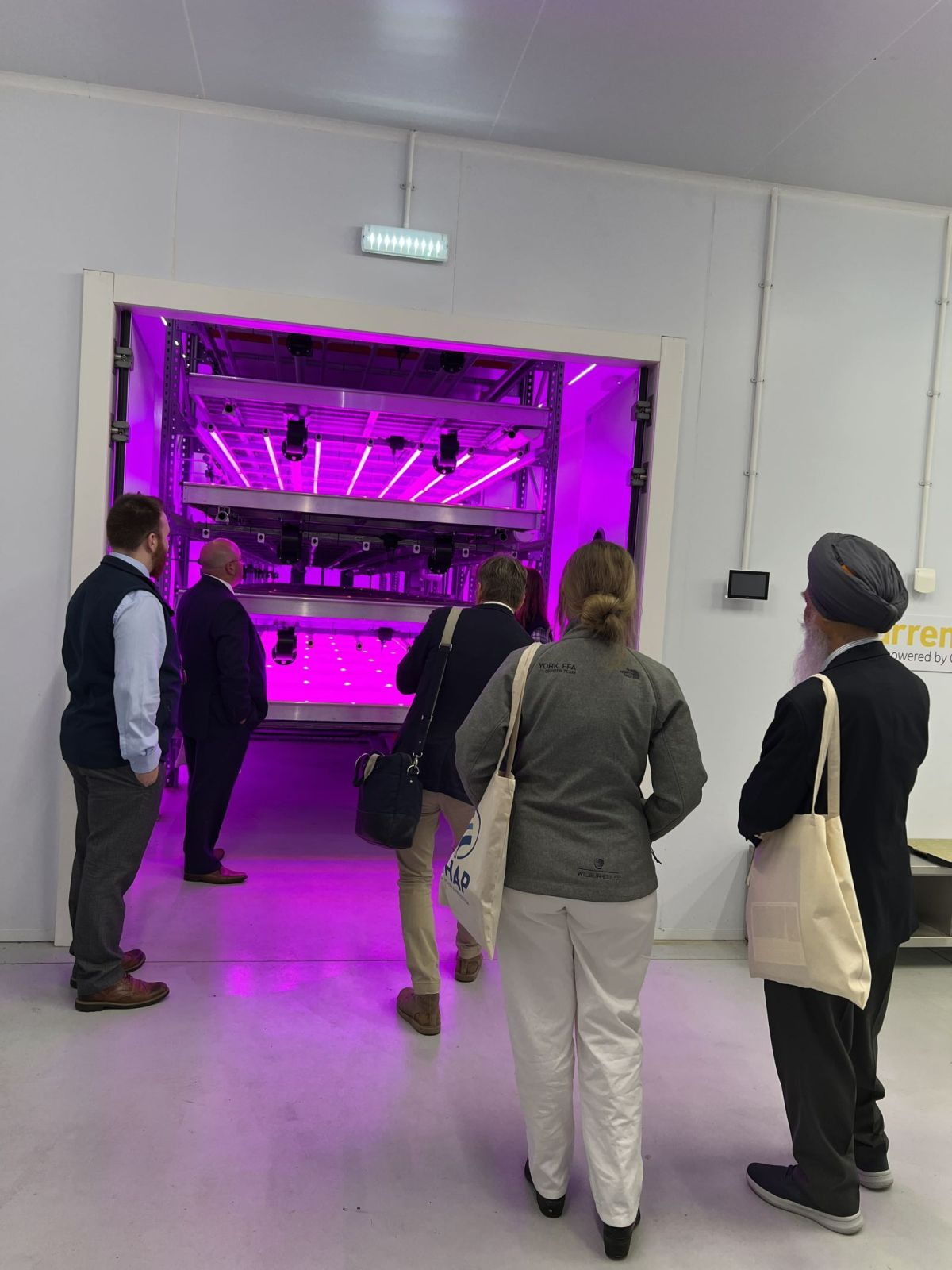 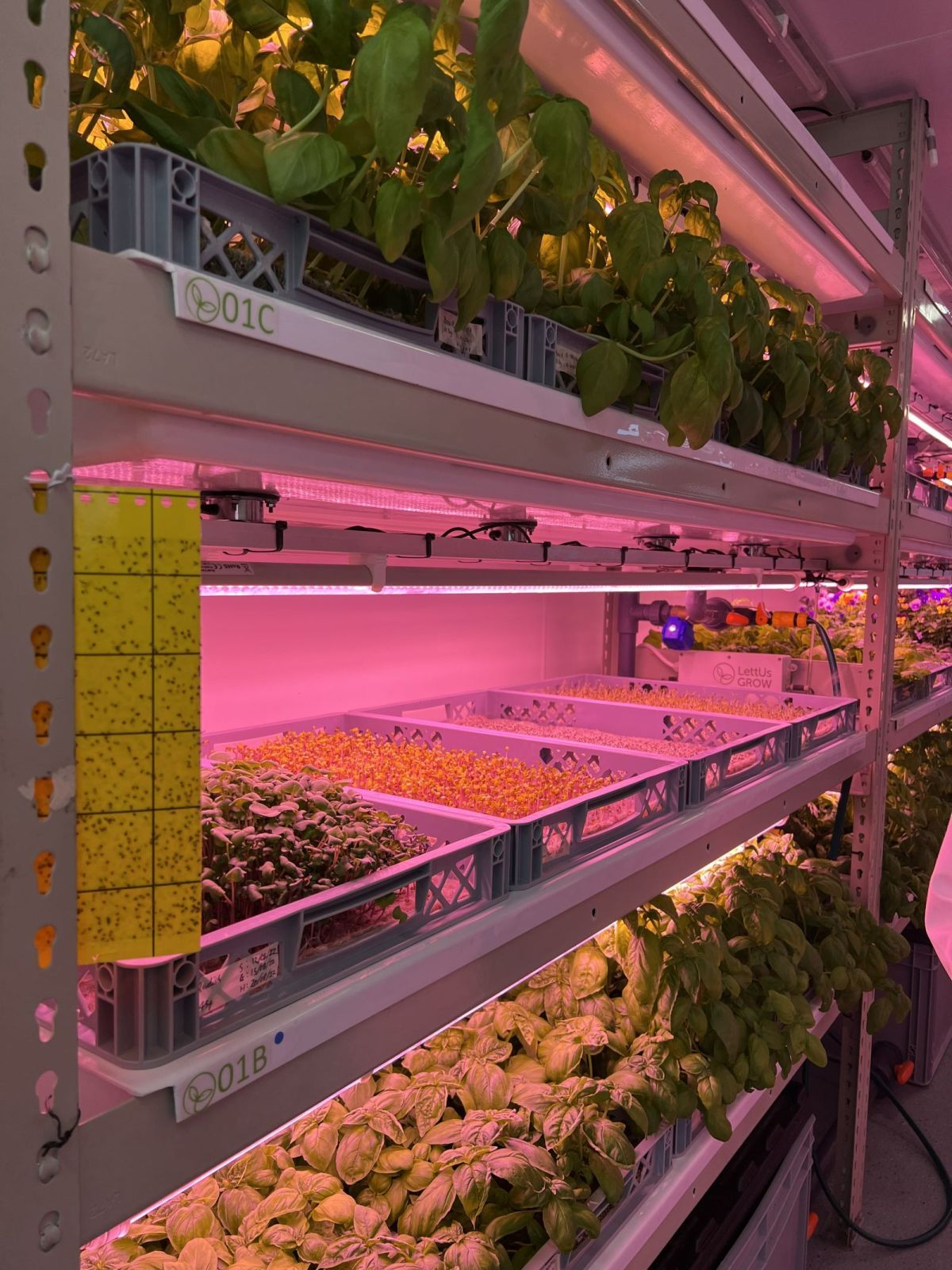 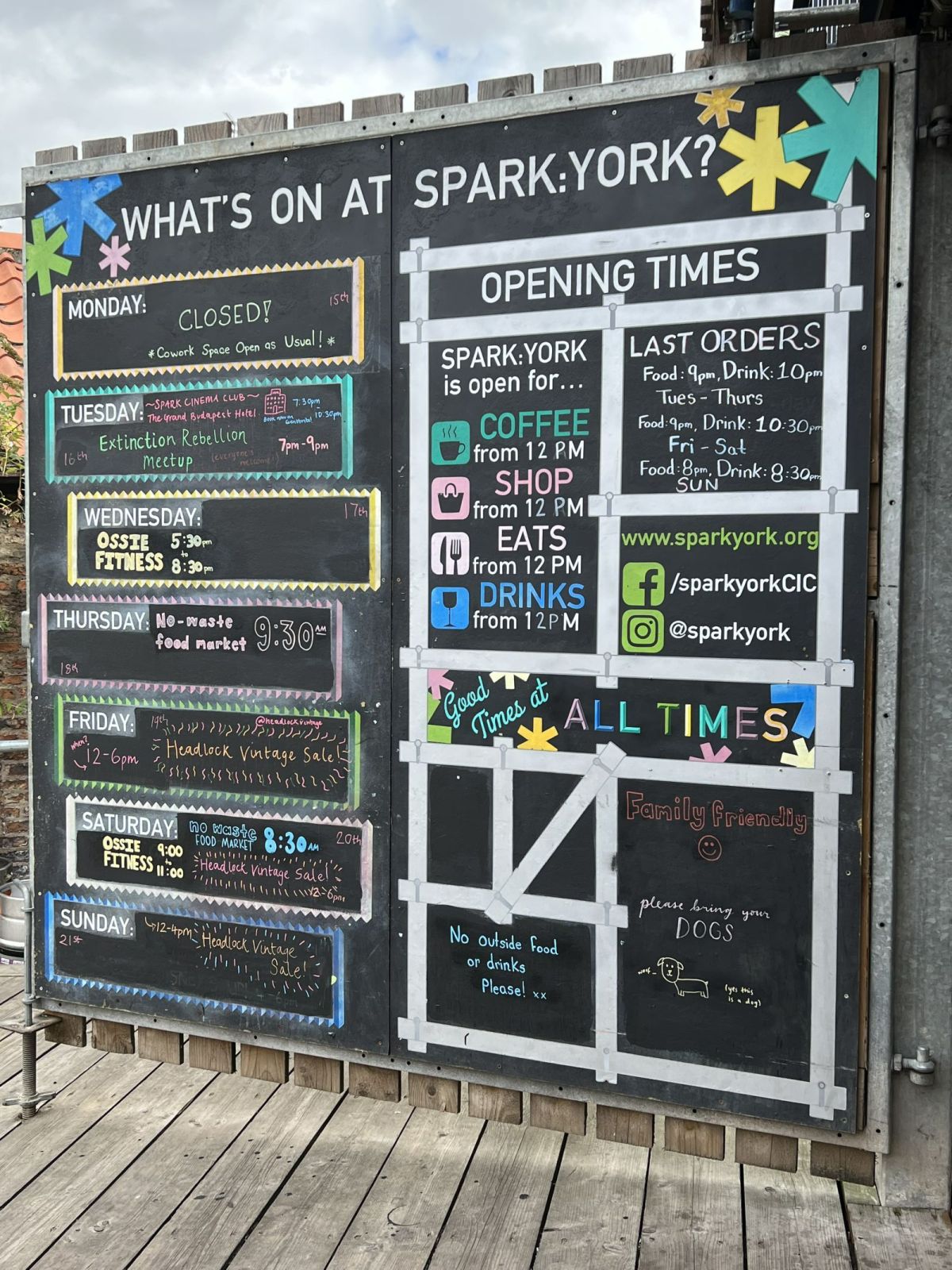 The group continued to Edinburgh where they met with Robert Goodfellow of Uls Global and Niselo Drink and Professor Katerere, CEO of Nutri-Go South Africa. “I am tremendously pleased to have met with Mr. Robert Goodfellow to discuss the sorghum-based health drink, Niselo. A kombucha-style drink, Niselo captures the remarkable nutritional benefits of our climatesmart ancientgrain in an easy and consumer-familiar product,” said Blum. “The SorghumArmy strives to bring value-added processing opportunities, such as Niselo, to our state to help #grownebraska,” he continued.

After leaving Edinburgh, they traveled to London to meet the Nebraska Delegation led by Governor Pete Ricketts on Monday. Blum and Tonigges stayed on to travel with the Delegation while Hurley returned to York County on Tuesday. “The UK trip was an incredible success, both for establishing diplomatic relationships with York, UK, and for opening the door to future trade opportunities,” said Hurley. “I want to thank Nate Blum and Nebraska Sorghum for the invitation and Rob Coy and the PBS International team for being such gracious hosts.”

Aug 22 2022
Housing availability is critical infrastructure because, without available housing units, people can’t move to York County to work for local employers. “If our community is going to grow we must invest in our housing supply and make it as easy as possible for people to move here,” said Lisa Hurley...Continue Reading