York County is home to innovators, creators and makers – people and companies who are making products to be used throughout the United States and the world. This is an exciting time to be in manufacturing. With new technologies revolutionizing the industry, manufacturing has become a high-tech field where anything is possible.

We encourage the next generation of creators, and everyone in our community, to support York County manufacturers during Manufacturing Month and throughout the year.

According to the Bureau of Labor Statistics (BLS), Nebraska’s manufacturing sector experienced more than 10 percent job growth between December 2009 and July 2019. The National Association of Manufacturers reports that the average annual compensation for Nebraska manufacturing jobs exceeded $62,500 in 2017. Upon graduating high school or trade school, students can begin working for one of York County’’s manufacturing companies and within a few years, reach a level of income that surpasses the average household income in the United States. Now, that’s an exciting opportunity! Still, too few of York County’’s students and residents realize the amount of opportunity available in the manufacturing industry.

“We're educating community leaders, board members, educators and students to the fact that the advancement in technology will continue. There is incredible innovation in the manufacturing industry right now and we encourage parents to be open to their kids going into the manufacturing world. Be aware that it is not a dead-end career, but one that is full of opportunity for upward mobility. Some local manufacturers will even help to pay for college if an employee decides to go to school in the future. In other words – you can get paid and get your college paid for,” said Lisa Hurley, Executive Director, York County Development Corporation (YCDC).

To bring further awareness to the opportunities available in York County’s manufacturing sector, YCDC is hosting an event on October 4thand will be giving tours by invitation only to Collins Aerospace, Central Valley Ag and Truck Center Companies. The annual tours are designed to create awareness, specifically among educators and students. “These tours have led to the manufacturing coalition that any manufacturer in York County can join. The interest students have shown on the tour also sparked our first manufacturing class that was held this past June. One of the girls who took the class said she had no idea that manufacturing was a path she could take. Through activities like tours, classes and school tours, we are working to change that,” said Derek Dauel, Development Coordinator, YCDC.

Local manufacturers will have the opportunity to share their vision with students and educators during the tour and through the barnstorm tour YCDC is organizing for October. During those tours, manufacturing companies will be taken around to local schools where they can speak with students about what manufacturing is like in the 21stCentury, the career paths, and the type of job opportunities that exist locally. This type of exposure is important for students, while giving employers the opportunity to identify potential interns and future employees.

Manufacturing Month in the State of Nebraska

Governor Pete Ricketts has kicked off manufacturing month and will be touring the state, along with representatives from the Nebraska Chamber of Commerce and industry leaders. “Manufacturing is the state’s second-largest industry.  We’ve made investments to connect Nebraskans with the skills needed to excel in great manufacturing opportunities. We’ve also worked hard to lower costs and cut red tape so that manufacturers can easily set up shop and create jobs in Nebraska.  These steps have already increased manufacturing in our state, and there’s incredible potential to grow Nebraska manufacturing even more,” said Gov. Ricketts.

At the state level, the Developing Youth Talent Initiative (DYTI) is also being used to promote manufacturing career awareness among Nebraska youth.  That program, administered by the Nebraska Department of Economic Development (DED), has introduced over 7,000 seventh and eighth graders to manufacturing careers and concepts.  At York Middle School, the DYTI was utilized by Cyclonaire in developing a manufacturing program for 8th graders.

To learn more about manufacturing in the state of Nebraska, click here.

To learn more about manufacturing opportunities in York County, contact us. 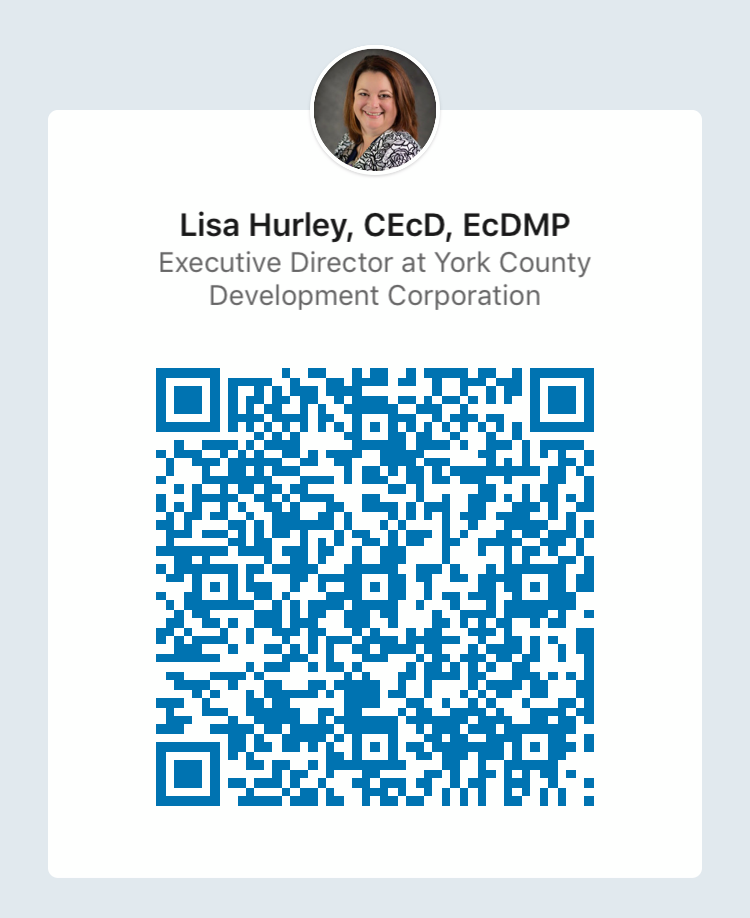 Sep 25 2019
Over the last several months, I have had the opportunity to learn more about LinkedIn, and research if there are better ways for YCDC to utilize it. My coach, Ginger Johnson has pushed me toward making videos, and she is one of the first people that showed me how muc...Continue Reading