Nebraska and its economy are dependent upon free trade, especially trade with America’s neighbors. This fact was highlighted in a recent report by the U.S. Chamber of Commerce, which found that Nebraska would be one of the 10 states most negatively affected by the United States withdrawing from the North American Free Trade Agreement.

That is why we are concerned by threats from the White House to withdraw the United States from the trade agreement altogether. These threats must be taken seriously.

According to the U.S. Chamber, repeal of NAFTA would risk the following:

» More than $2.6 billion in export revenue from Canada and Mexico.

» More than 40 percent of Nebraska’s exports currently going to customers in Canada and Mexico, generating more than $2.6 billion in export revenue.

A trade agreement is like any other policy; it needs to be updated occasionally. As representatives of the business community, we agree with President Donald Trump’s goal of modernizing the 23-year-old NAFTA.

In State of the State address, Ricketts unveils budget, tax plans aimed at setting up Nebraska for future growth

Jan 19 2018
LINCOLN — Gov. Pete Ricketts unveiled his newest budget and tax plans to mixed reviews. In his annual State of the State speech, he touted the proposals as doing “what’s right for hard-working Nebraskans” and for the state’s future. “We have to remain laser-focused on growing Nebraska,” he said. “That means cuttin...Continue Reading

Coming Together to Grow YCDC Update 1.8.18

Jan 8 2018
Coming Together to Grow, 1/8/18 Lisa Hurley, CEcD, Executive Director of York County Development Corporation   It’s the time of year when I reflect back over the last year. I’ve been looking over YCDC’s accomplishments since we kicked off our 2018 Investment Drive in December, as we finalize the 2018 YCDC Strategic Plan...Continue Reading 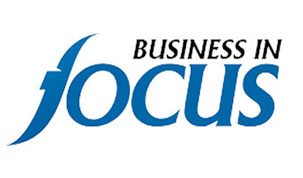 Coming Together to Grow (YCDC Featured in Business in Focus Magazine)

Nov 14 2017
The York County Development Corporation was established in 1996 and during the past twenty-one years it has been very responsive to the business needs in its community. To read the rest of this impressive feature, please click here and go to page 46. Continue Reading