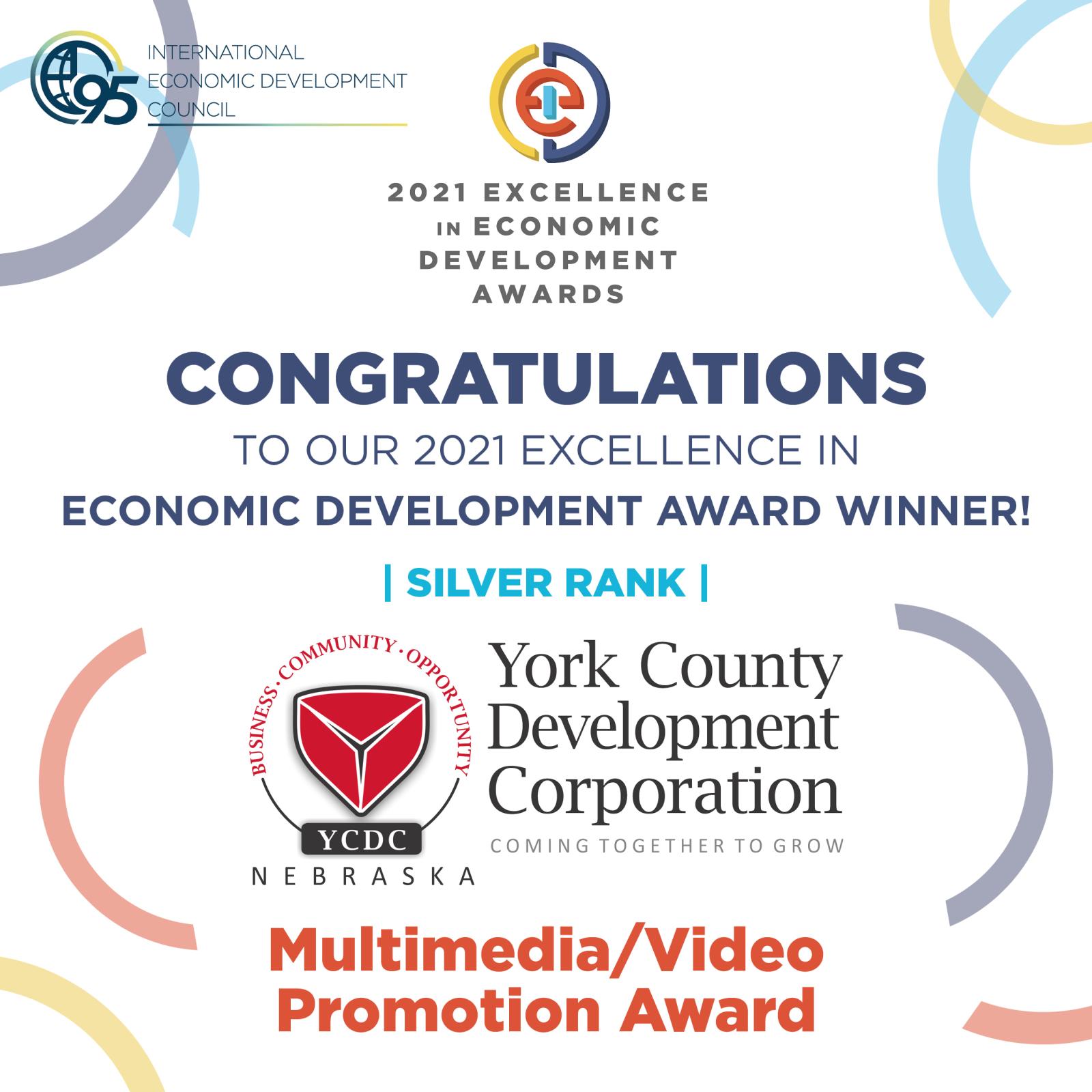 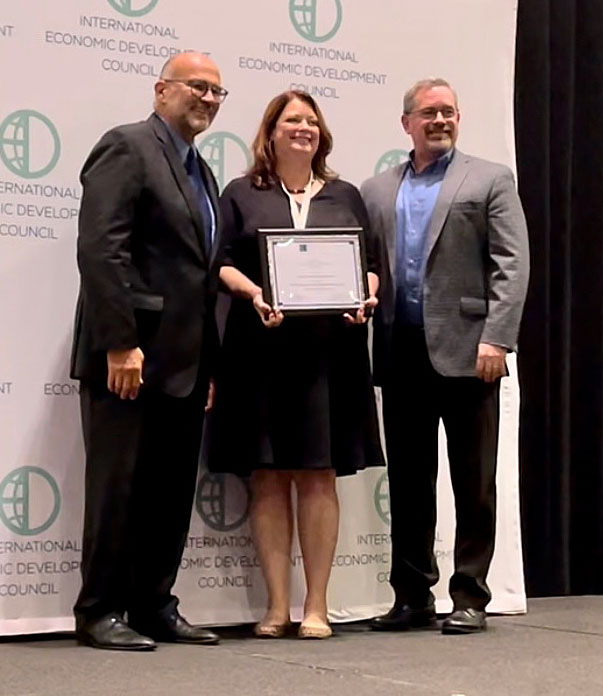 Washington, DC  – York County Development Corporation won a Silver Rank for its York NE Industrial 34 Acre Site Specific, a project in the category of Multimedia/Video Promotion of the International Economic Development Council (IEDC). The honor was presented today at an awards ceremony during the IEDC Annual Conference, which is currently underway.

Lisa Hurley, Executive Director said “I am incredibly honored YCDC received this award. I have to say thank you to the Board of Directors, who have been very supportive in innovative and technology as we work to promote York County. A thank you also goes out to Golden Shovel and Olson’s for partnering with YCDC for the creating of the virtual spec building and videos.”

IEDC's Excellence in Economic Development Awards recognize the world's best economic development programs and partnerships, marketing materials, and the year's most influential leaders. 25 award categories honor organizations and individuals for their efforts in creating positive change in urban, suburban, and rural communities. Awards are judged by a diverse panel of economic and community developers, following a nomination process held earlier this year. IEDC received over 500 submissions from 4 countries.

This VR presentation and companion fly-over video has helped York County stand out from comparable communities. Because of the attention it has garnered, along with overwhelmingly positive feedback from site selectors and businesses, the Board is enthusiastic about making similar presentations in the future as the budget allows. The VR videos have had an unexpected positive impact on local morale and participation. York County is gaining a reputation as a progressive place that is willing to explore and utilize new technology. YCDC reports that 2,477 visitors in CoStar and Loopnet viewed the site last year.

These VR presentations are a powerful fusion of CAD drawings, animation, drone photography, traditional video production, and web technology. They showcase the potential of a 34-acre industrial site through thoroughly envisioned master site plan options, as well as providing an immersive tour of the area. Busy site selectors can now fully explore the site and fully experience the region at their convenience, from the comfort of their own offices. The express intent is to sell that specific industrial site. The overarching intent is to garner attention and promote York County’s progressiveness to current corporate headquarters on a level that will attract new businesses, create new jobs, and make the local economy more robust than ever before.

“The winners of IEDC’s Excellence in Economic Development awards represent the best of economic development and exemplify the leadership that our profession strives for every day,” said 2021 IEDC Board Chair and Invest Buffalo Niagara, President, and CEO Tom Kucharski. “We’re honored to recognize the more than 100 communities whose marketing submissions, projects, and partnerships have improved regional quality of life.”

We're incredibly honored to recognize the outstanding organizations that received this year's Excellence Awards. This year, more than ever, has presented opportunities to innovate, impact, and progress the cities, neighborhoods, and communities around us. Each of this year's recipients represents the best of the economic development profession and exemplifies the ingenuity for fellow economic developers to aspire to in the years to come.

About the International Economic Development Council

The International Economic Development Council (IEDC) is a non-profit, non-partisan membership organization serving economic developers. With more than 5,000 members, IEDC is the largest organization of its kind. Economic developers promote economic well-being and quality of life for their communities by creating, retaining, and expanding jobs that facilitate growth, enhance wealth and provide a stable tax base. From public to private, rural to urban, and local to international, IEDC’s members engage in the full range of economic development experiences. Given the breadth of economic development work, our members are employed in various settings, including local, state, provincial, and federal governments, public-private partnerships, chambers of commerce, universities, and a variety of other institutions. When we succeed, our members create high-quality jobs, develop vibrant communities, and improve the quality of life in their regions. Learn more at iedconline.org. 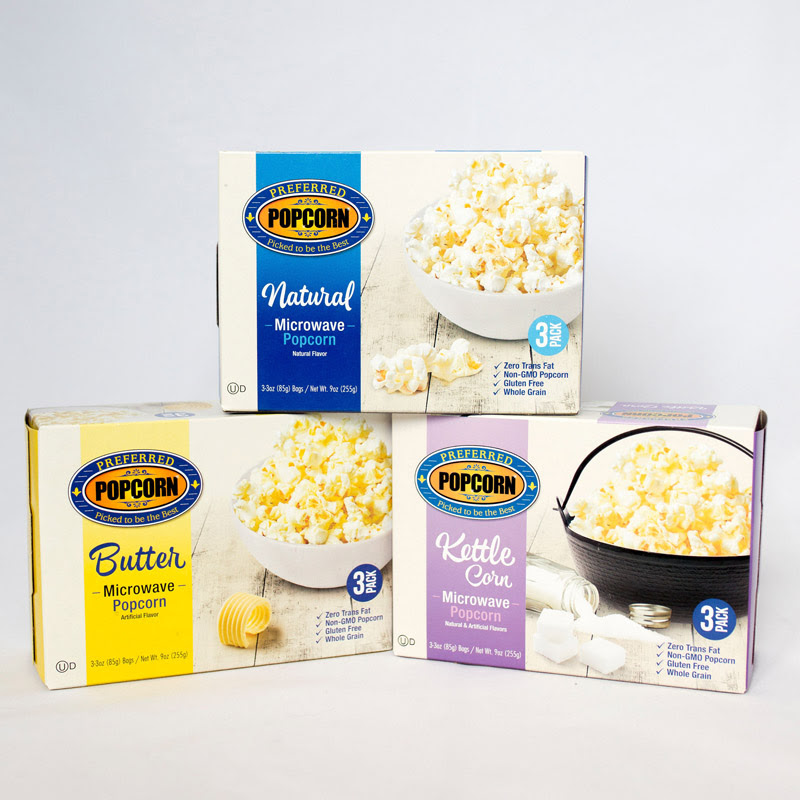 Sep 23 2021
Preferred Popcorn, one of Nebraska’s leading manufacturers, is expanding into York County, Nebraska. They are leasing space in the newly refurbished SWB Industrial Park in Waco. The 122,745 square foot building sits on 11.64 acres off of Highway 34 just north of I-80 near York and less than an hou...Continue Reading 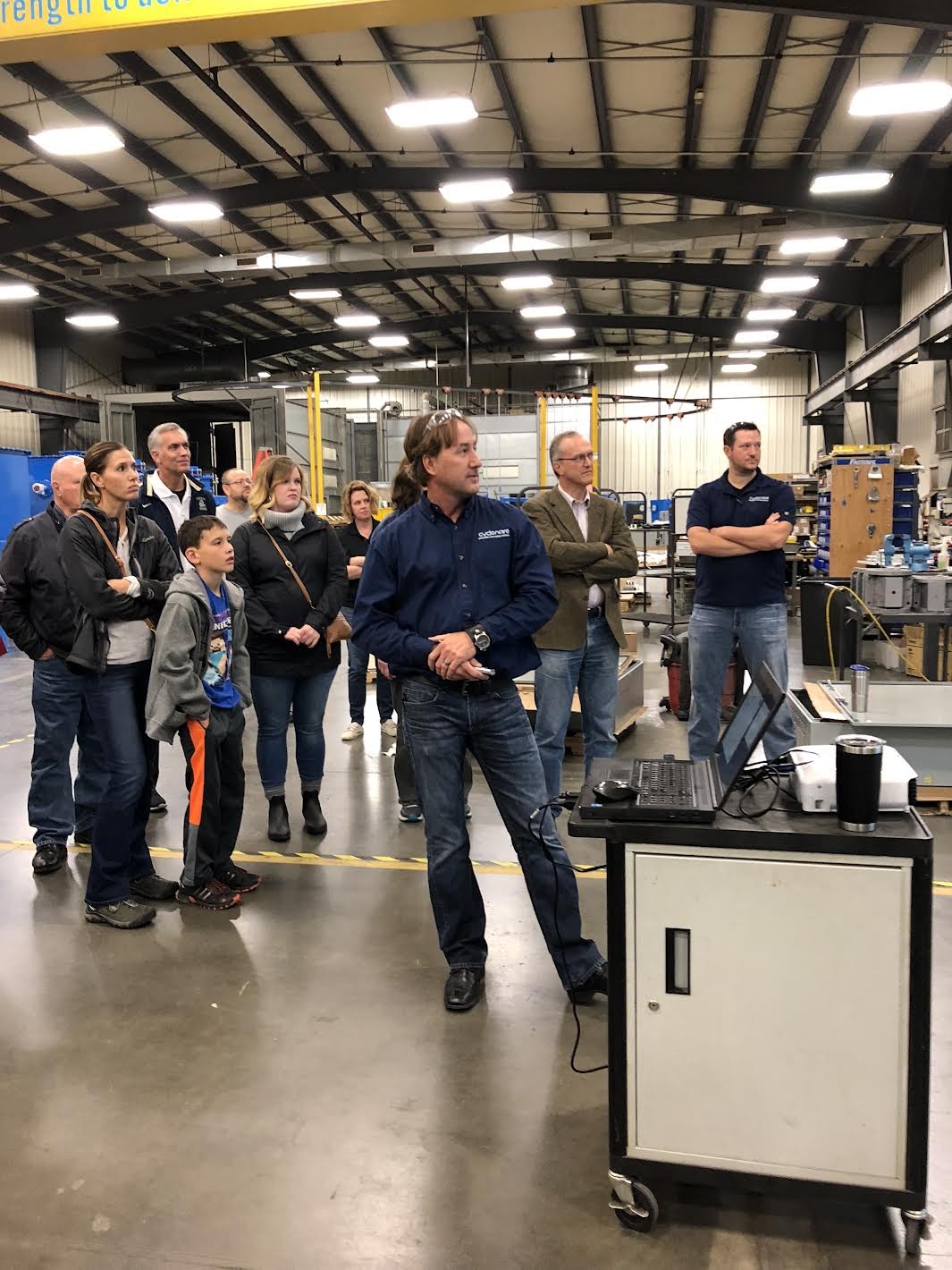 Manufacturing Month to Highlight Career Options Beyond K12 to College

Sep 17 2021
“Why be saddled with massive student debt when you can gain experience working and then go to college for free?” That’s the question Derek Dauel, Development Coordinator for York County Development Corporation is asking high school students, teachers and counselors. With many York County manufacturing companies willing to pay fo...Continue Reading 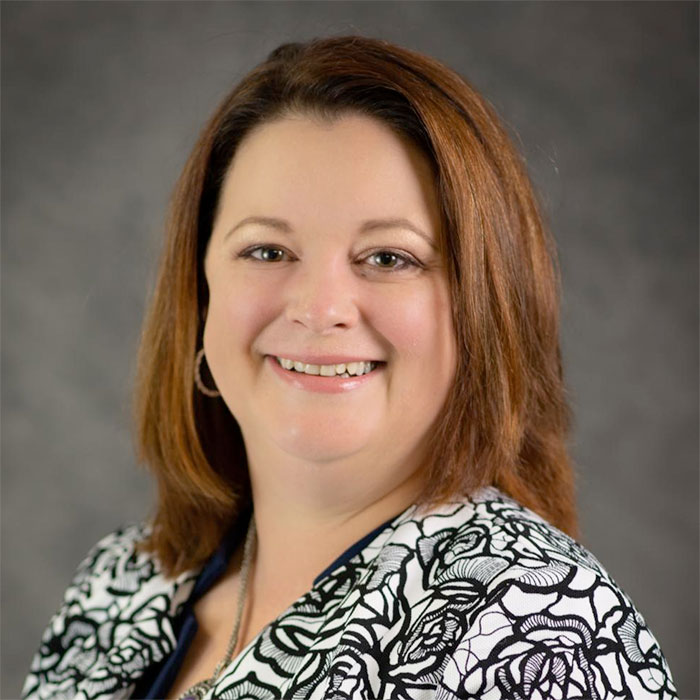 Lisa Hurley Honored as "Professional of the Year"

Aug 27 2021
FOR IMMEDIATE RELEASE AUGUST 27, 2021 Lisa Hurley has been named the 2021 Nebraska Economic Developers Association (NEDA) Professional of the Year in the community category. The award was presented by NEDA, the largest association of economic development professionals in Nebraska at its Annual Conference in Sidney on August 26, 2021.  Hurley i...Continue Reading