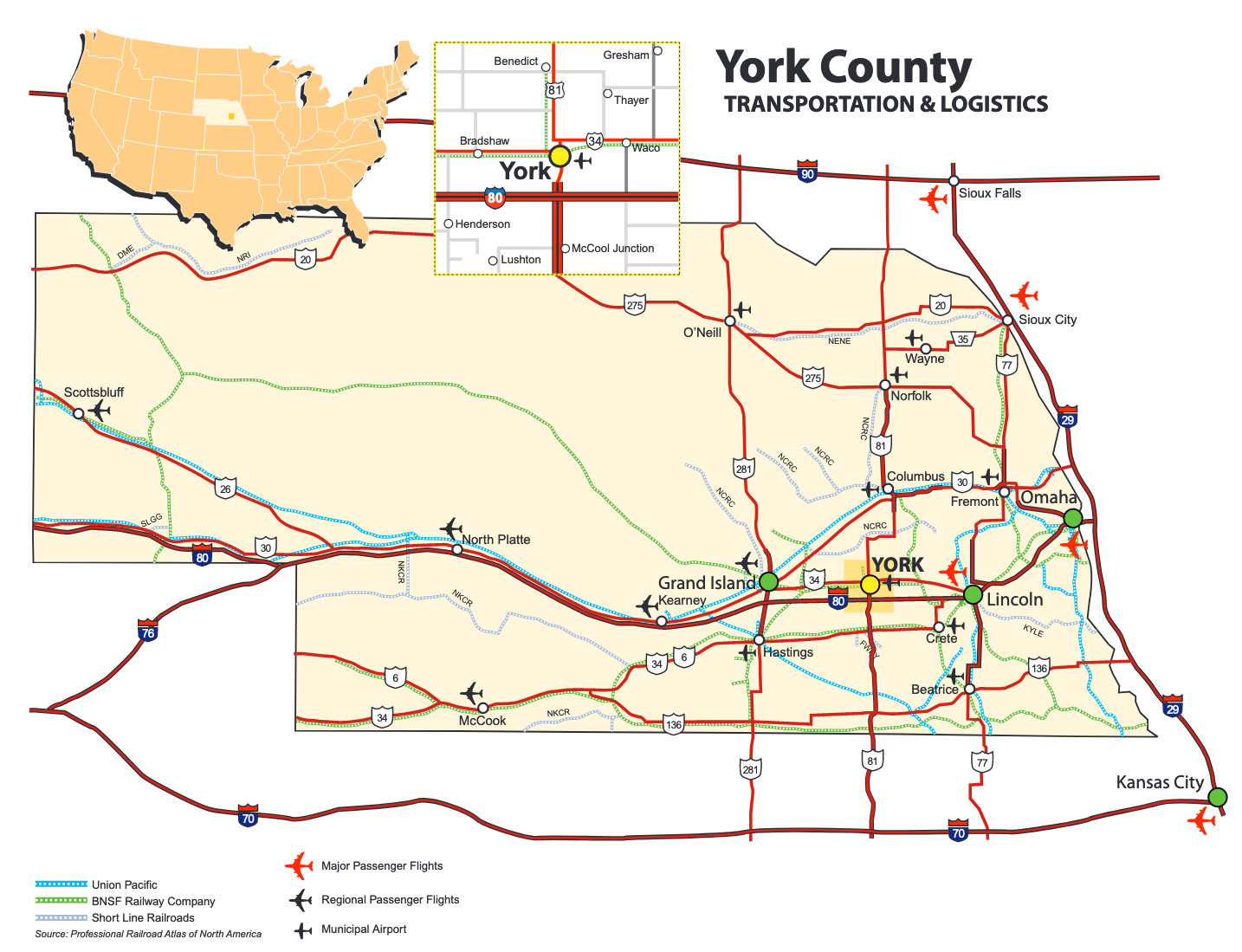 York County, Nebraska can reach 90% of the United States in 2 days or less due to its extensive highway infrastructure in Interstate 80, U.S. Highway 81 (also known as the Pan-American Highway) and U.S. Highway 34.

York County, Nebraska is served by Burlington Northern Santa Fe (BNSF). BNSF has a main line that extends the length of the county. In addition to the main line, there is also a spur owned by BNSF that runs from York, 8 miles North to Benedict.

York County also has a local airport for small private jets and aircrafts. York Municipal Airport (JYR) is a publically owned facility that is managed by the City of York. Aviation flight training, aircraft service, aircraft rental, and short-term hanger rental is available. JYR has a concrete runway that is 5,900 feet long by 100 feet wide.